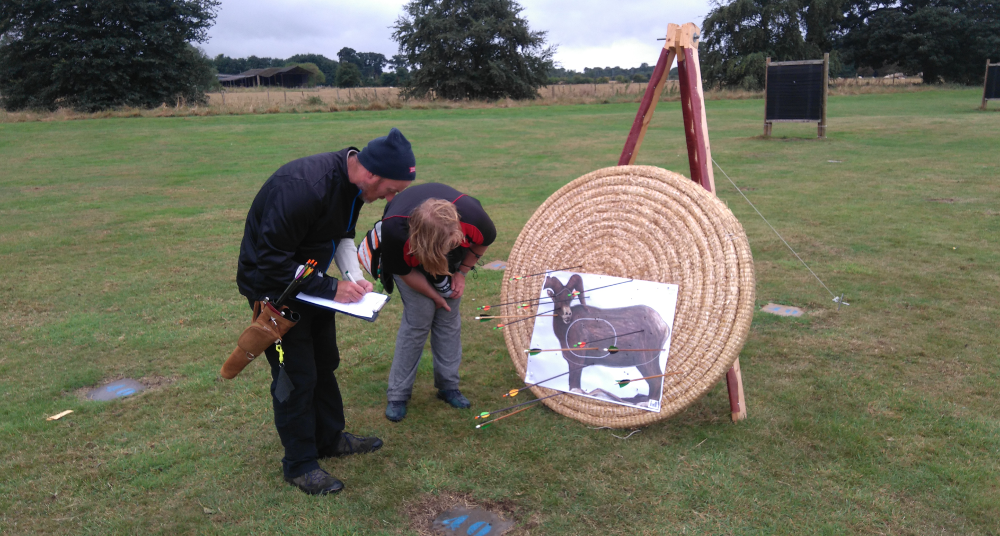 This coming Sunday we will be shooting a somewhat different round: an informal “Big Game” shoot, inspired by the field shoot that our club organises on behalf of BCAA every year (second Sunday in November). We will be shooting at target faces with (somewhat) realistic depictions of game animals—from a rabbit to a moose—at distances between 10yds and 60yds.

Moving from the woods to our field means we’re making a few changes to the round format, which will be explained during assembly—the most important concession is that each archers will get all three chances from the same peg on the shooting line. The round is still shot over 28 targets (actually 7 targets, each shot 4 times), and groups move from target to target after each end. Scoring is the same as for the field shoot (which again will be explained during assembly).

This is a St. Neots Bowmen club shoot, however we welcome archers from other clubs to join us on this occasion. Just show up at our field around 9:30am on the day. We would expect to finish before 1pm. Send an email to “fixtures@stneotsbowmen.club” if you plan to come so we get an idea how many archers to expect. This event is free.