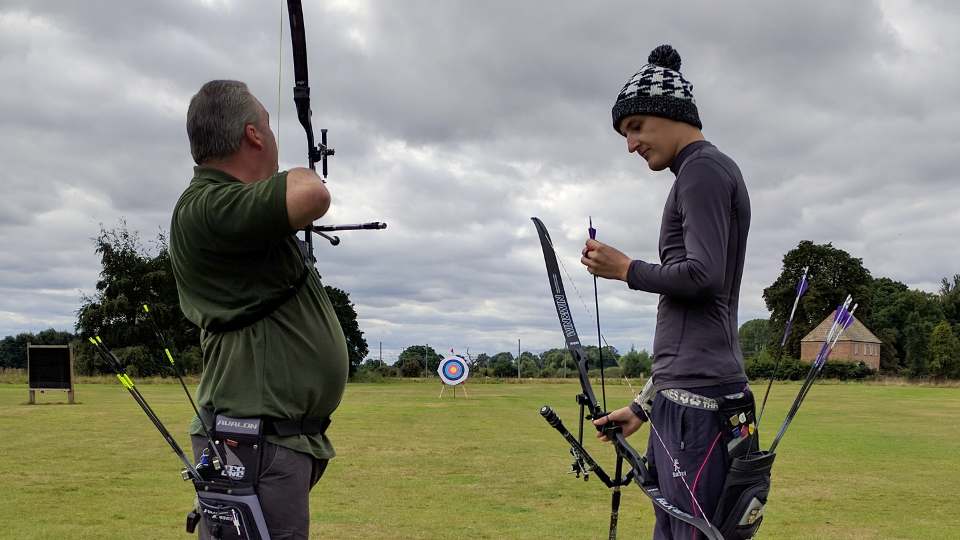 On Sunday April 30th we will be shooting our first outdoor club tournament of 2017: a head-to-head shot over 50m, at a full-size 122cm target. Note you can participate shooting recurve, barebow or longbow (but not compound): all bow styles will compete in a single competition as per World Archery standards.

The head-to-head matches will then be shots over single sets/ends of 3 arrows. The archers with the highest score over these three arrows wins the match and moves one target to the right, the loser moves one target to the left. In case of a draw there will be additional rules. This continues for 15 matches, which makes it perfectly possible for an archer who started on the leftmost target to win enough matches to make his/her way towards target 1. You might recognise this from the Christmas bauble shoot in December.